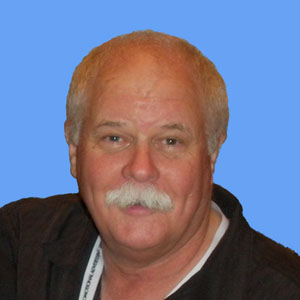 Steve Passalacqua has had a table at every Club convention since the first one in 1993. He has written articles for our magazine, Casino Collectible News, and was awarded Article of the year in 1995. He is a tireless promoter of chip collecting and of the Club.  At our first convention, he had the foresight to bring a video camera to record the proceedings and to interview the Club officers, volunteers, and members, thereby creating a permanent record of what none of us had attempted before.

Steve has contributed to Dale Seymour’s Antique Gambling Chips,  the early editions of The Chip Rack, The Gaming Table, and The Official US Casino Price Guide and has many submissions in the Chip Guide.

He has continued to promote the hobby through his Internet posts and his promotion of a positive convention attitude with his ACE (Absolutely Cool Experience) Pledge.  After purchasing an extensive collection of scarce Nevada chips for a significant amount of money, he learned that it had been stolen from a long-time Club member. He then returned the collection to its rightful owner, Phil Jensen.

Steve is truly “having fun” in our hobby.  He and his wife Cathy live in the Napa Valley, California.