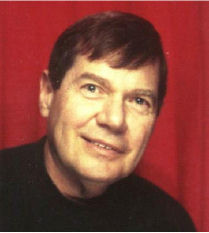 Phil Jensen began collecting coins as a young boy in Wisconsin in 1953 when his father gave him six rolls of Indian head pennies and a folder to put them in. For much of the 1950’s, Phil spent Friday nights searching through rolls of coins bought at the local bank. He’d been bitten by the collecting bug!

After a four-year stint at the University of Arizona in Tucson, Phil moved to Lake Tahoe in 1966 where he became fascinated by the 300-piece casino chip collection on display at Harvey’s.

For the next fifteen years, Phil traveled Nevada, collecting current and obsolete chips and the stories that went with them. Recently, he has been documenting those travels, chips and stories in articles in Casino Chip and Token News.

Phil has been a casino dealer for 36 years, and currently lives in Las Vegas.

Phil was inducted into the Hall of Fame in 2003.