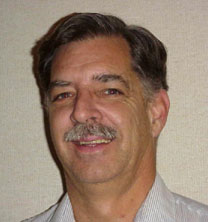 Jim Steffner has been collecting chips, tokens, dice, ashtrays, and other casino memorabilia since 1994, specializing in illegal and unknown chips and older chips from several Las Vegas casinos. Jim is also a panel member of the Club’s “Ask the Expert” service for illegal chips.

Jim was one of the original members of the online chipping chats and auctions organized on the Prodigy service predating the open Internet.  He was a founding charter member of the Great Lakes Chapter of CC&GTCC and is presently a member of several area clubs and Vice President of the Southern Nevada club.

Jim served as club Membership Officer from 1996 to 2001 and as Convention Chairman from 2001 to 2007, and was awarded Honorary Life Membership status in 2006 – one of only six members to receive this honor. Jim was inducted into the Hall of Fame in 2007.

Jim and wife, Sandi have assisted at the club convention auction for the past 10 years by providing computer services for quick checkout. He has authored several articles for Casino Chip & Token News and is also involved in the design, layout, and production of the popular Playing Card Guide series of collector books.