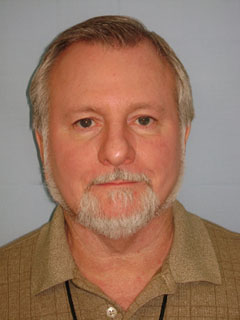 Jim was an early member of the CC&GTCC.  From our very first convention through the convention of 2009, Jim performed as the auctioneer for the annual Club chip and token auctions, helping to raise thousands of dollars for operating revenue for the Club.
In addition to having written articles for Casino Chip and Token News and for independent magazine Chip Forum, Kruse is well-known for his proposal in 2000, that the Club begin raising funds for an eventual Club building or facility.
That original idea has evolved into the Museum of Gaming History project.  Jim was a member of the Club’s building fund committee, now the vision and feasibility committee.  Kruse also is a co-founder and past president of the Midwest Chip Collectors Club.
Jim is a veteran of the casino industry – he has been a casino executive, head of surveillance, and a security consultant to the gaming industry.  Currently he is an executive with the Wyandotte Nation’s 7th Street Casino in Kansas City, KS, where he lives.

Jim was inducted into the Hall of Fame in 2009.