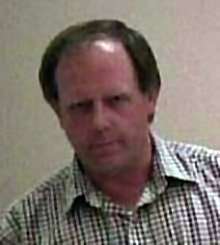 Howard Herz began collecting gaming tokens and gaming checks As a teenager, in his capacity as curator of coins for Harvey’s Resort Hotel. In 1964 he began to form Harvey’s collection of both gaming checks and gaming tokens that had replaced silver dollars on the tables. In 1967 he traveled around Nevada visiting more than 200 gaming licensees. The travels resulted in a display at the 1967 convention of the American Numismatic Association – the first time gaming checks and tokens were introduced to a national collecting audience.

Following the convention, the displays were mounted on the walls of Harvey’s Resort Hotel. Over the years Howard and Harvey’s continued to collect both checks and tokens. In the 1970’s, Harvey’s supported gaming research by a retired Los Angeles police detective by the name of Harvey Fuller. In 1983, following the death of Harvey Gross, Howard was required by the accounting department to formally catalog Harvey’s collection.

The research required to adequately describe the collection led to the publication of the first book devoted solely to casino chips: Harvey’s Guide to Collecting Gaming Checks and Chips in 1984. In 1995 Howard published The Collector’s Guide to Nevada Gaming Checks and Chips. Since the publication of his Nevada guide, Howard has continued to publish books on checks, tokens and silver strikes, as well as conducting mail auctions from time to time. His auction catalogs (including the annual Club auction catalog) have been significant sources of gaming history.

Howard, his wife Kregg and daughter Marce live in Minden, Nevada where Howard continues his gaming history research through his company, Gaming Archæology.

Howard was inducted into the Hall of Fame in 1998.