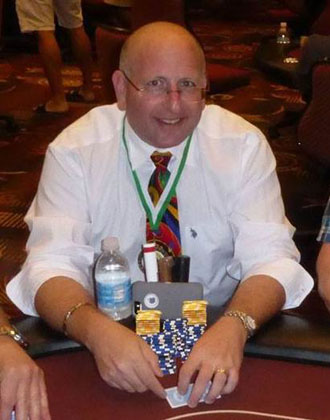 Doug has been a member of the CC&GTCC for over 20 years and joined the ranks of life membership nearly 12 years ago.

He served as the clubs Treasurer for 5 years from 2007 thru 2011.  In 2011 Doug took over the role of CC&GTCC President and has been serving in that position ever since.

In the 10+ years on the BOD Doug has worked diligently to do everything he could to improve the club and encourage membership.

In addition to being on the clubs BOD, Doug has also served on the BOD for the MOGH for the past several years and has been a huge supporter of the MOGH since its inception.

Doug has participated in numerous club fundraising functions including running the annual raffle successfully for the past 6 years and has been a recipient of the recruiter of the year award in 2016.

In addition to the roles mentioned above, Doug has served in numerous other roles within the hobby and has been VP and President of the Houston Chip Club for nearly 20 years.  He has organized and managed a CC&GTCC presence at numerous numismatic shows over the years in an effort to help promote the hobby and the club.

His efforts to bring transparency between the BOD and its membership have been widely recognized with an online presence that the club had not previously experienced.