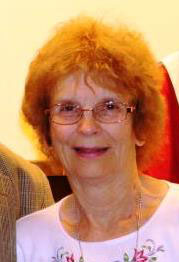 She has tirelessly and unselfishly given of herself as a volunteer, seldom leaving her post at the Registration Desk during the entire run of Convention. After serving continuously for close to 30 years Registration Committee, Brenda stepped down in 2019, turning over a well run and organized activity to the reigns of a new Registration Chair. Brenda has also represented the CCA at several ANA and FUN Conventions, where she helped staff a Club table in efforts to publicize a fledgling new Club and to recruit new members. Her “jeanie costume” at the old Aladdin Hotel/Casino was a memorable event for many of the earlier Club members.

Brenda was the first recipient of the Club’s President’s Award, in 2007, and was bestowed Honorary Life Membership, HLM-001a, by the Club Officers. Brenda has been an invaluable assistant to the Club’s founder, during the early years of the Club, when she helped prepare the Club’s mailings of Newsletters, magazines, etc., which required hand-stuffing, sorting by zip code, hand stamping the “bulk mailing permit” indicator, delivering pre-sorted sacks of mail to the local post office for mailing and similar information distribution efforts to Club members, long before these tasks were taken over by the Club’s printer service.

Brenda is a classic example of a spectacular Volunteer!